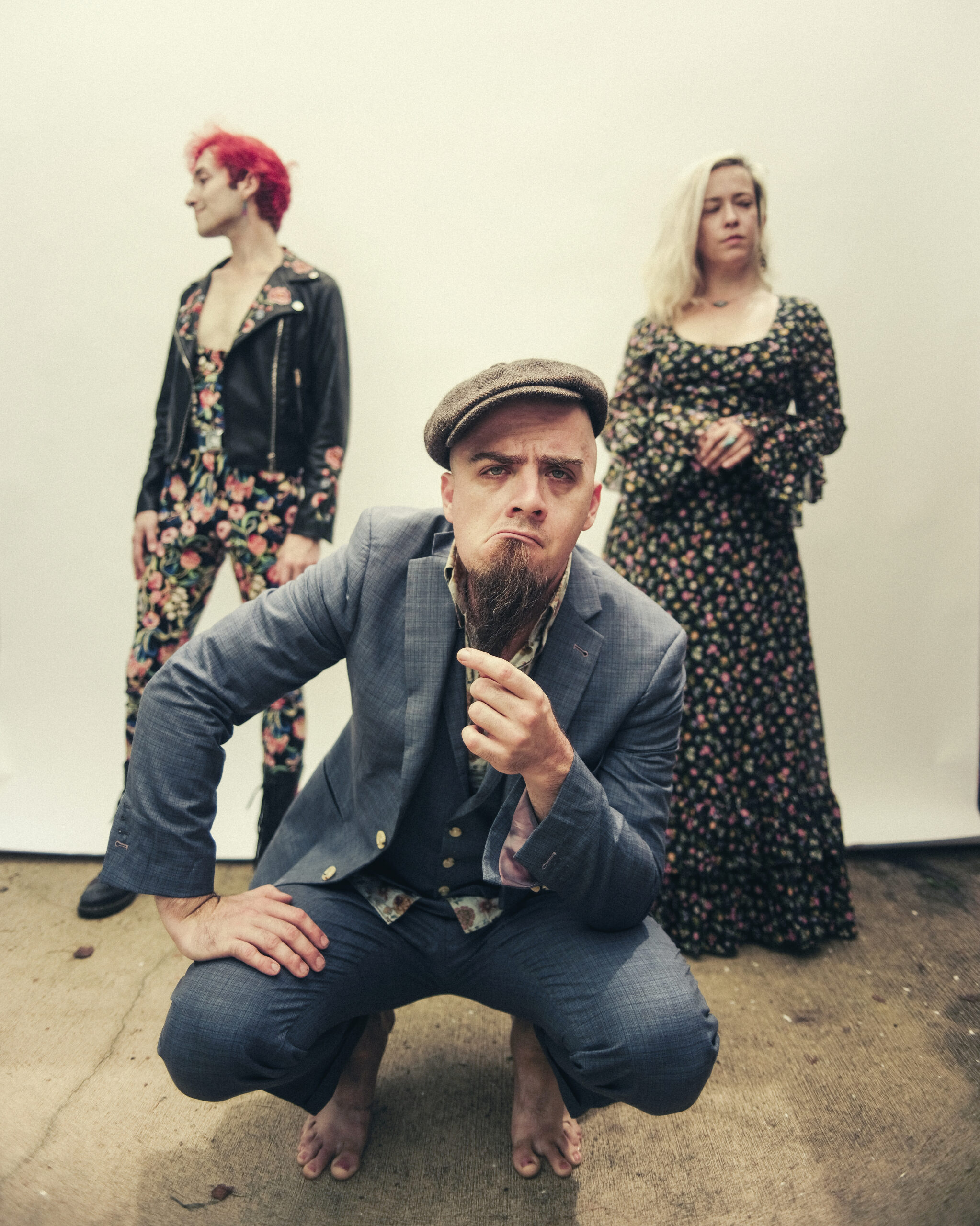 Three For Silver at Caps & Taps

We don’t often have live music, but when we do, it’s a special event. We can’t say enough about how much we love this band and how thrilled we were that they agreed to let us host them at Caps & Taps.  Please come give them a listen. They are true artists.

Three For Silver is an aggressively original band that is impervious to easy description. PR people often use phrases like Mythic Americana, Doomfolk, or Apocalypso. Some of those are pretty good, but they still just feel like the desperate necessities of someone forced to fill out a form box labelled “Genre”.

Three For Silver features one-of-a-kind instruments you’ve never seen playing styles mixed in ways you’ve never heard. Perhaps it is pop music from an exceptionally dark parallel dimension. The band has hit the road since 2013, and their monomaniacal devotion has already led them all over the USA and the world, from Accordion Festivals in Vienna to Modern Music Expos in Russia, and even partnering with the US State Department for ongoing cultural exchange tours to countries thirsty for truly original American music: https://www.threeforsilver.com/